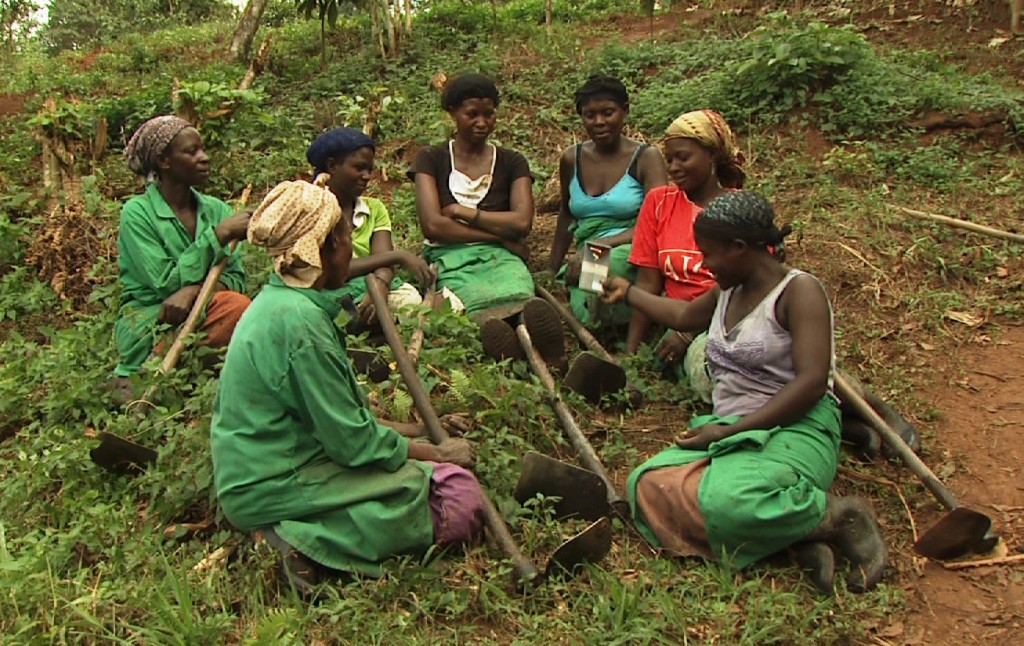 Launch of our Dfid Project with 10,000 women cocoa farmers in North Kivu,  We meet the dynamic team from  DRC who will be running the radio shows for farmers

Our project with original beans was launched at the end of July 2012 and Cristina and Joseph began to plan their trip to the DRC
to deliver training to local partners on radio, SMS and multi-stakeholder platforms. Unfortunately the months of August and September 2012 proved to be a challenge for travel into the region, as security around the North and East of the DRC became a major problem. The M23 increased its presence around Goma and near the towns of Bunangana, Rutshuru, Rumangabo, Ntamugenga, Kiwanja and Rugari resulting in an increase in violent incidents in these locations. UN troops were relocated to those areas leaving the rest of the East DRC out of control.  The result was a power vacuum and smaller insurgencies in the parts north of Goma.  In the meantime, refugees continued to cross over the border from Uganda on the Kasese Side (Kasindi) and local partners
ASADI reported worrying signs of insecurity at the border crossings, where Maji-maji rebels (or others) were seemingly taking over in areas where a power vacuum existed.

Whilst Kagame, Kabila and Museveni held a meeting in Kampala to look for a solution for the M23. We began to look at the options for delivering training for the IDAD team in Uganda. Fortunately we were able to organise for training to take place in Kagadi (within 80 Km of the DRC border) at the college facilities of the Uganda Rural Development and Training Programme URDT. This institution offers free primary and secondary education for talented girls from poor rural areas. It is also home to the African Rural University (ARU), the first non-denominational all women’s university focusing on developing visionary women leaders in Africa.

b)  Developing the radio agenda and content
with farmer field groups

e) Enhancing the  style and approach over the radio