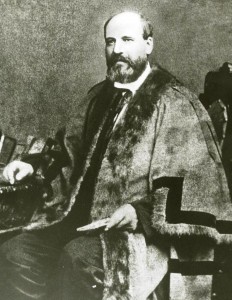 * Historic article – tea not currently created and supplied by the LYF – but if you are an interested tea company, feel free to get in touch with us! For the latest news on this project in 2019, see https://robertreschidstanley.wordpress.com/

One hundred and fifteen years after his death, the great-great-great granddaughter of Manchester tea merchant and Muslim convert, Robert ‘Reschid’ Stanley, is using tea to promote conversations to bring different cultures together. Inspired by the work of her ancestor, the LYF’s own Christina Longden and the LYF team, aim to launch a new tea blend, promoting cross-cultural dialogue in UK communities.

Extract from article in The Muslim March 2014

Born in 1828, Robert Stanley, a renowned tea merchant, grocer and Mayor of Stalybridge converted to Islam aged 69. As one of four converts in a Manchester-based community of 40 Muslims, Robert became a well-known and vocal advocate promoting a greater understanding of Islam across the UK and Vice-President of the Liverpool Muslim Institute (Britain’s 1st mosque).

Prior to his conversion, Robert had avidly followed the problems taking place further east, particularly in Turkey with the Russo-Turkish war. Letters that he wrote on the subject were even raised at parliamentary level in Westminster. Later, Robert wrote to the Ottoman Caliphate recommending that they could rebuild manufacturing and trade in the country if they were to send young men to England to study cotton and wool manufacturing techniques in Lancashire and Yorkshire.

Robert also suggested to the Caliph that it would be wise to have an authentic and fresh translation of the Qur’an so that English people could better understand the teachings of Islam – the only translations available at that time being made by Christians.

Robert’s life and exploits were documented in ‘The Crescent’, a weekly record of Islam in England. The publication was the production of  the Sheikh ul-Islam of Britain  –  the country’s most famous white convert, William ‘Abdullah’ Quilliam. in

Amazingly Christina’s brother, Steven, Robert’ great x 3 grandson also converted to Islam – ten years before he was even aware of this amazing story and his familial connection to it!

Now, 115 years on, Robert Reschid’s great x 3 granddaughter, Christina, Director of the Lorna Young Foundation and Not Just a Trading Company is pleased to see a tea blend that remembers her remarkable ancestor.

NJaTC is about to launch a new product – the Robert Reschid tea blend, with the aim of sending this tea out to various faith and community organisations for them to invite each other for tea and conversation.

We hope to raise £3,000 to make and send out 1,000 packs of tea to communities all over the UK, to promote cross-cultural dialogue.” You can support this project by donating here.

* NOTE – this is a historic article – tea not currently created and supplied by the LYF – but if you are an interested tea company, feel free to get in touch with us! For the latest news on this project in 2019, see https://robertreschidstanley.wordpress.com/